Prosecco – The Facts & The “Alternative Facts”

Prosecco – The Facts & The “Alternative Facts” 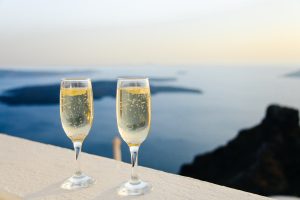 An article by M T Wineglass

[Warning: My friend Philippe de Bouteille has stated that “the article is a little dry (no pun intended)” so I recommend you read it while drinking a glass of Prosecco, perhaps from King Valley, Victoria!]

Australia is attempting to negotiate a Trade Deal with the European Union (EU). Part of the negotiations will involve agreeing to a long list of EU Geographical Indications (GIs)1 including the protection of a large number of food names such as Feta (Cheese – Greece) and Beaufort; Gruyere and Munster (Cheeses – France). Interestingly there are some six UK names (GIs) listed including Scotch Beef and Scotch Lamb. I wonder if these will become Scotch Mist in 2020 when Brexit kicks in?

Although not on the current list of names the E.U. wishes to protect, the name Prosecco is hovering in the wings of the negotiations. Australia and the EU already have a wine trade agreement but Italian authorities and winemakers wish to have this amended to include the protection of the name Prosecco. In an interview with the ABC, the EU’s Ambassador to Australia, Michael Pulch, confirmed that the European Union would continue to seek Prosecco  protections despite not being on the published list. “This is one of these products we want to see protected,” Dr Pulch told the ABC.2

So, how legitimate is the Italian claim and what are the facts behind the “ownership” of the name Prosecco? The Italians want the name Prosecco to be available only for wines where the grapes and production come from the G.I. (Geographic Indication) or region of Prosecco in the north-east of Italy. In simple terms, they wish to achieve for Prosecco what the French achieved for Champagne. But are the two claims equal?

Let’s start with the French. Champagne is a region (G.I.) of France where there are a series of rules that must be followed for a wine to be able to be called Champagne. These rules cover aspects such as source and variety of grapes, method of production, ageing, and alcohol by volume. While a number of grapes are permitted, the vast majority of Champagne is made from three varieties, Pinot Noir, Pinot Meunier and Chardonnay. French sparkling wines made in regions (G.Is.) other than Champagne are called Mousseux or Crémant.

So, the French claim is based upon making a particular type of wine from grapes grown in a particular region using a series of set rules and regulations. An important factor to consider is that there is no grape named Champagne. Similar protections apply to Bordeaux and Burgundy, other wine regions of France.

What the Italians have going for their case to claim Prosecco. 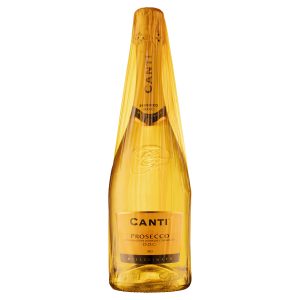 1 There is a town in the Veneto and Friuli Venezia Giulia Region of Northern Italy called Prosecco.
2 Within wine regions in Italy there are geographic designations which receive classifications. Prosecco is a DOC (Denominazione di Origine Controllata). There is also a Prosecco di Conegliano-Valdobbiadene DOCG (Denominazione de Origine Controllata e Garantita).3
3 In 2009, Italy, supported by the EU, renamed the “Prosecco” grape as Glera.
4 With the backing of the EU, Italy has a powerful economic lobby group supporting it’s claim.

The Prosecco “claim” by Italy happened in 2009 when the Prosecco DOC zone was enlarged to include the town of Prosecco. At the same time the Italians changed the official name of Prosecco to Glera. It would not be unreasonable to suggest that these changes were made purely for commercial reasons to strengthen the case for the “Italian claim” on the name Prosecco.

The big questions we need to ask are:- Can the name Glera be used for the grape Prosecco and, does Italy have the right to change the grape name to Glera?

Let’s start with the name of the grape and here it gets very interesting.
There are in fact three distinct varieties of Prosecco grape. Prosecco Tondo – now called Prosecco; Prosecco Longo; and Prosecco Nostrano. (Note: Prosecco Nostrano is a relatively minor grape.)

So, where does the name Glera fit in? For many people, the go-to source for information on wine grapes (or at least 1,368 wine grapes) is the wonderful book “Wine Grapes” by Jancis Robinson, Julia Harding and Jose Vouillamoz.4

Regarding the renaming of Prosecco as Glera, “Wine Grapes” states – “This amendment is both confusing and misleading. Glera is a generic name applied to several distinct varieties in the province of Trieste, and recent studies have shown that Glera in fact usually refers to PROSECCO LONGO and much less frequently to Prosecco (Tondo) …..”4

So, in essence, the Italians have allocated a generic name used for several varieties and most usually for Prosecco Longo as an official replacement for all Prosecco grape varieties?

I would suggest that the Italians have no right to change the name of the grape Prosecco to Glera. They could promote Glera as an alternative (but not replacement) name for Prosecco Longo but not for Prosecco (Prosecco Tondo). The motivation for this name change is based solely upon self-interest based commercial benefits.

Let’s consider an analogy.
When it comes to protecting “names” the French set a very high standard and work extremely hard to gain protection for geographic indications and maintain that protection. So why haven’t the French sought to claim the name Chardonnay after all it is the name of a town in Burgundy not far from Macon?

The reason is very clear. Chardonnay is both the name of a town and the name of a grape. The French may claim the town name but they cannot claim the grape name. But, what if the French, renamed the Maconnais region Chardonnay? This region would of course include the town of Chardonnay.

France, supported by the EU, could then decree that only wine produced in the region “Chardonnay” from the newly renamed Aubaine grape could be called Chardonnay.
If Italy is entitled to rewrite history using alternative facts, then why not France? Employing the indisputable defence that “Might is Right,” France and the EU could then demand that, unless other countries agree to these alternative facts, they will not be able to achieve beneficial trading arrangements with the EU.

Now I hope I haven’t inspired the French to start a Chardonnay plot but instead provided a clear demonstration of why Prosecco is the name of a grape and, while there may be a DOC/DOCG and a town in northern Italy called Prosecco, this does not give either the Italians or the EU the right to change the name of a grape and claim the name Prosecco for themselves. 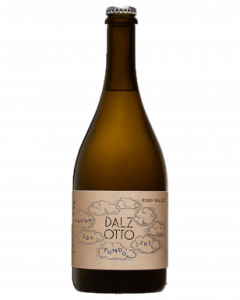 Finally, it disappoints me that some very influential and highly respected wine writers have acquiesced, without a whimper of dissent, to the commercially, greed-driven aspirations of the Italians when they declared that the grape Prosecco will be renamed Glera.

In a variation on a quote, usually attributed to Edmund Burke, may I suggest that “The only thing necessary for the triumph of greed is for good journalists and members of the wine world to do nothing.”

Changing the name of the grape Prosecco to Glera is at best “misleading” and at worst deceptive.

While Italy may wish to pursue this agenda of self-interest, the EU should have the moral fortitude to distance itself from it.
Prosecco is a grape variety used to make some interesting wines, particularly sparkling wines.
The grape Prosecco and it’s name do not belong to Italy alone.

Photo by Anthony DELANOIX on Unsplash

Send your News, Views and Press Releases to info@awesomme.com 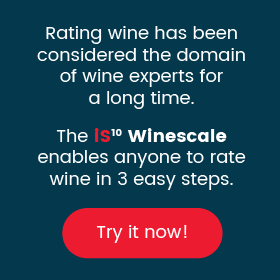